This website uses cookies to improve your experience. Well assume youre ok with this, but you can opt-out if you wish.

Your email address will not be published.Required fields are marked*

All these games are unique and enjoyable in their own ways. You can get any one of them and set on an adventure through space, tropical forests or islands.

Roblox Hack A Step By Step Guide To Get Free Robux

Day of Tentacle is another graphic adventure game by Luca Arts. The games plot revolves around three friends who have to fight against a huge purple tentacle. This is a mean and evil tentacle who wants to take over the world. The payer uses cognitive thinking to solve puzzles and make sure they stop the tentacle. The players also get time travel through different times and phases in history. Its cartoonish visuals have led it to become one of the best adventure games for PC.

Hi. This is Faizan Gul. I am an Engineering Student and tech enthusiast. I love to practice new things and then write about them. In this blog, i would be writing about how to tech guides, tricks and tips and Tech Gadgets Reviews.

This game will make you have the time of your life by taking you on a Johnny Depp style adventure through the Caribbean.

Here are some interesting links for you! Enjoy your stay 🙂 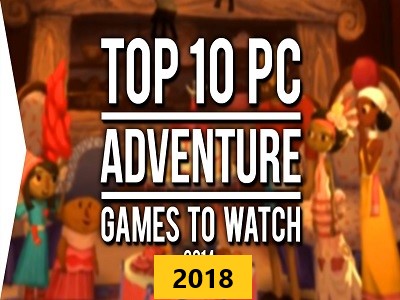 Bio shock is a shooter adventure game that was published by 2K games. This game was developed by 2k Boston in association with 2K Australia. It received major critical acclaim and won The Best Game awards from VGX and BAFTA. The game follows the plane crash of the player as a result of which he sang to an underwater city by the name of Rapture. The city was built by a rich man to be hidden and safe. However, when a thing called ADAM is found that gives super-human strength to people, hell breaks loose. The player has to fight against him and engage with the few humans that are still left. He can use weapons, plasmids and Raptures own Defense system.

Released in 2016, this is an action adventure game which won the awards for being the most anticipated game of the year. Based on exploration, survival, combat, and training, the player has to find his way in millions of planets all with their own animals and plant species. If you are someone who is into science fiction, this game is the best for you as it has the essence of that very field of science.

The Witness is a 3D puzzle video game. Developed by Thekla, this game is set on an island where the player is supposed to explore new things and solve puzzles. The player does this by interacting with mazes on the island or with the environment. The player has to look for clues and instruction for the puzzles in visual clues and in the recording that are present all over the island.

The game focuses on character development, a trait which is not very usual in adventure games. The writers actions and dialogues both determine his fate.

We never say no to an online adventure.  And we are sure that you do not either. There are a lot of adventure games available for PC that would give you all the hero feels. These adventure games are best for pastime but there are too many to choose from. The list below contains some of the best and highest rated adventure games for PC.

Monkey Island is the name of a series of five adventure games. Developed by Lucas Arts, this game is a huge hit. It follows the story of a guy who wants to be the most infamous pirate in theCaribbean. In his quest, he has to fight with the evil pirate who is undead. He also has to make the governess fall in love with him. The plot of this game revolves around Monkey Island with the player discovering secrets of this island.

Life is strange is an episodic graphic adventure game which received major critical acclaim. It managed to bad the BAFTA Award for Best game Story. Developed by Dontnod Entertainment, the game was released in five parts in a period of one year. The game revolves around a young photographer who discovers that he can rewind time. So, now when he sees that something bad is going to happen like a storm, he has to prevent it. The players action and conversation decide his fate and that of the other people.

Machinarium is puzzle adventure game developed for PC by Amanita Designs. The player has to solve puzzles and brain teasers while only being able to interact with objects in his close vicinity. There are not many dialogues and the whole game is based on point click puzzle solving.

Lucas Arts seem to be taking up most of this list as this is another game by them. It is a graphic adventure game in which the player, named Ben, is the leader of a biker gang. His gang has been blamed for the murder of a bike manufacturer. In the game, he has to prove himself and his gang members innocent. Players are supposed to interact with other players and objects.

How To Use Game Guardian On Your Device?

Grim Fandango is another game developed and offered by Lucas Arts. This game employs 3D graphics and very detailed backgrounds. It a puzzle-solving adventure game in which the player has to talk to other players and collect several things to solve puzzles if he wants to advance further in the game. The player is a travel agent who has to take care of a girl by the name Mercedes on her journey.

The Walking Dead is an adventure game full of drama. It won the VGX Game of the Year Awards because of the amazing graphics and cool gameplay. The game is based on the comic book by the same name and has the same characters. It is set in Georgia after the apocalypse. There are main characters, a university professor, and a convicted criminal. He takes upon himself the responsibility to save Clementine, a little orphan girl. He feels that this way he might get redemption.

This game is bound to give you a realistic experience since it uses voices of people you may have seen on TV for Ben and for villains.