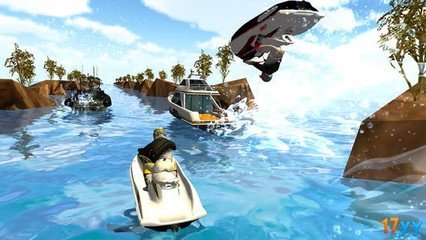 The artwork inShadezis incredibly precise and realistic which makes for an all together better encounter with enemy troops and artillery. The shadow effect on the whole battle is also rather ingenious as it allowed the creator to focus more on the game effects than on detailing the units, vehicles and weapons, the dark concept is carried forth in the game title – Shadez.

The graphic artwork and animation in this game is truly magical and anyone who enjoys a good puzzle solver should definitely take a look at this game.

The reason it has been made available to play in the action games category rather than the puzzle solving one is that there are many elements of the game which reflect action, not just solving puzzles but also fighting enemies and shooting your gun in this point and click adventure.

In the tutorial you will discover just how imaginative and powerful your attack abilities are with a combination of kicks, punches, swordplay and magical bolts.

AsAmorphousis so simple and takes seconds to get use to, its been a successful hit with thousands of casual game fans; it can prove a very addictive game so watch out and try to pull yourself away from the pc if you find your dieing too many times with little progress.

When you play action games, puzzle elements can be incoporated into the game play, indeed there have been many games that can be considered full of action, yet also offer up puzzles that can be quite time consuming. This can be most commonly be found in console and pc games where the game depth can be immense and the player will take weeks, months or even years completing the game.

Command an army of soldiers and attempt to combat an opposition force as you fight it out on the back of a captivating landscape. Use upgrades such as missiles, tanks and helicopters in your battle for overall power of the land.

You will really enjoy using the fighting mechanism and also marvel at the smooth and crisp graphics throughout the game.

Action games can be thought of in so many ways and it will depend on how the player feels about what an action game in order to get a true picture of what one is. At Games Lunatic we have hundreds of games that can be considered in this broad category but we prefer to split them up into many sub genres such as shooting games, fighting games and platform games. We do however leave many in the action game category, this is mainly because they incorporate elements of many sub genres and can be best categorized in the action game group.

So what action games at Games Lunatic are worth playing? Well we only host high quality flash games, but because there are so many we rank them all by a percentage. Nevertheless lets cover some of the more exciting games that you could over look.

Flash meets bomber man in this action arcade game that can be played by 2 people.Playing with Fire 2offers the casual gamer an easy to learn and funaction gamesexperience where you pit your wits against 2-3 other players using sticks of dynamite to blow each other up. There are many bonuses throughout the game including extra spanning explosions, faster shoes and the ability to throw your dynamite over many blocks at your opponents.

Strawhat Samuraifeatures very original game play in the way in which you attack and dispose of your enemies. Drawing a bloody thin red line across the bodies of soldiers you instruct your samurai to attack in different places slicing through your enemies in a gory fashion. This is also how you move your samurai across the screen.

Action games tend to be any games where a player controls a character and the main test in the game is one of physical skill. Elements include attacking enemies physically and with weapons, collecting objects, over coming tasks and facing end of level bosses. All action games also have a final boss, one far more powerful than any level bosses.

There are many different challenges in the game, from cleansing a single nest, small, big or huge to a bounty run where you have to hold out as long as you can against an endless swarm of gloople.

A quirky action game where you take control of a samurai whos job it is to repel an opposition army which are about to launch a huge attack on your homeland. Playing the lone and brave warrior role, you head out in front of your army to quell the enemy insurgence by slicing and dicing your way through hundreds of guards.

A gem of a game considering its outstanding animation, puzzle solving challenges and general adventure.A small favorsees you play through the eyes of an alien bounty hunter who is looking to kill to repay the favors he owes other people.

The story line mode starts with a stranger breaking you out of jail, but how did you get there? Well in a short animation caption you find that you were overthrown by a rebel who is attempting to seize control of your empire. You must escape immediately and your break out is aided by the stranger that unlocks your prison cell, here is where a tutorial takes you through all the necessarily controls – you find your feet through the art of escape!

The 5 bosses provide unique and inventive challenges and possess incredible abilities that will be prove tricky to cope with on a hard difficulty setting, nevertheless you will come through each challenge with a sense of great satisfaction at overcoming their special attack powers.

A fun animated action game, your job is to clear out the trash by slaughtering an army of small jelly creatures existing in nests which come in all sorts of colors and abilities. From annoying little green ones that stuns you upon contact to flesh eating blue ones that lunge towards you and eat you alive this relentless hack and slash is definitely what casual games play is all about.

The storyline unravels as you adventure through 5 different scenes to face 5 different bosses. For a flash game Armed with Wings 2 is well worth the time taken to play through to the end and is a brilliantly designed game providing great visual aesthetics and challenging levels. Some may question the movement of the character, observing that its a bit jerky and not so easy but this actually ads to the challenge itself and demands that the player be more attuned to timing and coordination with the characters jumps and maneuvers.

From an unknown source requesting one favor, you soon find yourself carrying out a whole trail of other favors in order to accomplish the first and most important favor of all. Definitely worth playing through to the end.